Posted on June 30, 2016 by The Persecution of Mildred Dunlap
I’m deeply grateful for everyone who has purchased, read, and taken the time to review my book. In the name of tolerance, a special thank you also to everyone who has spread the word to help promote this book.  All profits from my books go to help get dogs like the ones featured below out of kill shelters. Thus far in 2016, 47 dogs have been freed.
RECENT REVIEWS FOR THE SEVEN YEAR DRESS:
5.0 out of 5 starsPotent, emotional, and necessary
ByLee Fullbrighton June 30, 2016
Format: Paperback
Paulette Mahurin has a way with history, bringing the big issues to life not only by way of solid narrative and splendid character development, but also by weaving in snippets of then-current events elsewhere, further anchoring her stories in time and place. In this harrowing holocaust story, her technique is particularly effective, illustrating how hate masquerading as change/progress can so insidiously plant itself in the middle of “regular” life almost unnoticed and grow into a horror the world must never forget—and yet, from time to time, we do because it is heartbreaking to remember. Bravo, Paulette Mahurin, for making us remember again.
5.0 out of 5 starsGreat read!
ByDolli Alexanderon June 25, 2016
Format: Paperback
The Seven Year Dress by Paulette Mahurin was quite the read. I have read many holocaust stories and few of them have left a lasting impression like this one. Whether it is because the author knew the concentration camp survivor, or just put her own heart into the story, is hard to discern.But it was imbued with so much raw and real emotion that I felt that I was living through some of the scenes.There is much that has already been written about the story and the author’s writing, so I don’t want to be redundant. What I particularly want to add personally is this: In this very timely
manner, when it appears that history is repeating itself with the intolerant cruelty levied at innocent victims, this is a story that must be read lest we allow history to repeat itself. I highly recommend this at times shockingly and at other times poignantly compassionately written book.
5.0 out of 5 starsA must read for EVERYONE
ByDr. William K. Foxon June 26, 2016
Format: Kindle Edition|Verified Purchase
When Ms. Mahurin’s characters frequently ask the question, “WHY”, we are given a deep sense of the dearth of humanity among Hitler’s Nazis’. Often, the individual who would utter such a question in earshot of one of his merciless incarnates, was shot, on the spot! Such was the program of the Hitler incongruity. What an incredibly bright light Mahurin shines on this awful recent period. So bright for us all to see what elements of the human kind are capable of. We should know this history, be cautious of this history, learn from this history, that we never ever repeat it. Taken from factual, actual events in a single woman’s life, but spanning the whole of the non-arian european population, this narrative is a must read for everyone.
5.0 out of 5 starsHauntingly Realistic
ByDocdigiton July 1, 2016
Format: Kindle Edition|Verified Purchase
I will preface by saying that I knew that this would be a difficult book for me to read. The book itself is superbly written, and the author has done an excellent job with all of the characters, settings, and interactions. The problem with my reading the book was a personal one concerning the subject matter. Many of my relatives were victims of the Holocaust, and I had some great aunts that I met who had the numbers tattooed on’ their arms, signifying that they had been in the death camps. Based on their limited conversations about what they went through, I would have to say that the author has given a pretty accurate depiction of life for a Jew in Nazi Germany.
I wish that everyone could read this book, perhaps they would gain an understanding of what it feels like to face the extinction of your people and somehow come through it as a whole person. While I do not know the author personally, I would like to thank her for highlighting the single greatest crime against humanity of the 20th century.
5.0 out of 5 starsThank you
Byglenn samuelson June 26, 2016
Format: Paperback|Verified Purchase
A great book and good service
5.0 out of 5 starsPaulette does it again
ByAnonon June 28, 2016
Format: Paperback|Verified Purchase
Yay Paulette. Always a pleasure. A tough subject, but she tackled it.
RECENT REVIEWS FROM MY OTHER BOOKS:
THE PERSECUTION OF MILDRED DUNLAP:
5.0 out of 5 starsExcellent story
ByJACon June 29, 2016
Format: Kindle Edition|Verified Purchase
This story in this book seemed so real. Several places made me wonder, if the story was fact with a little fiction added. Once started it was very difficult to lay aside to prepare dinner.

PURCHASE LINK FOR ALL MY BOOKS: 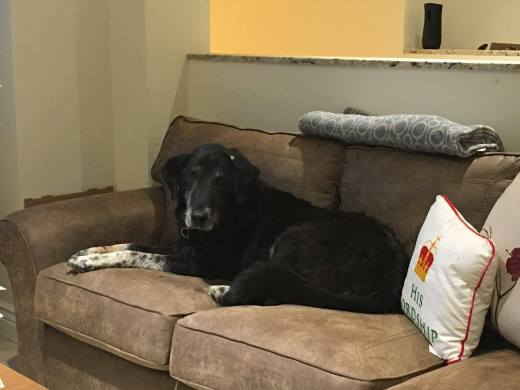 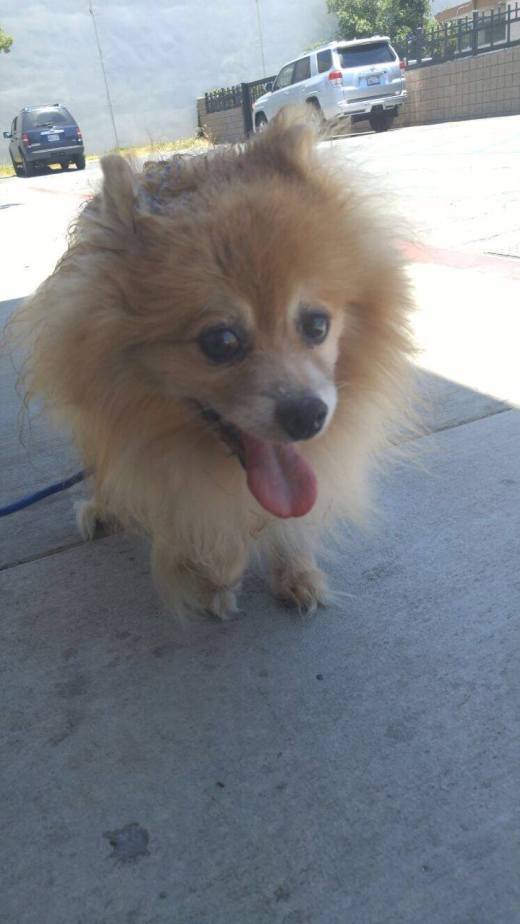 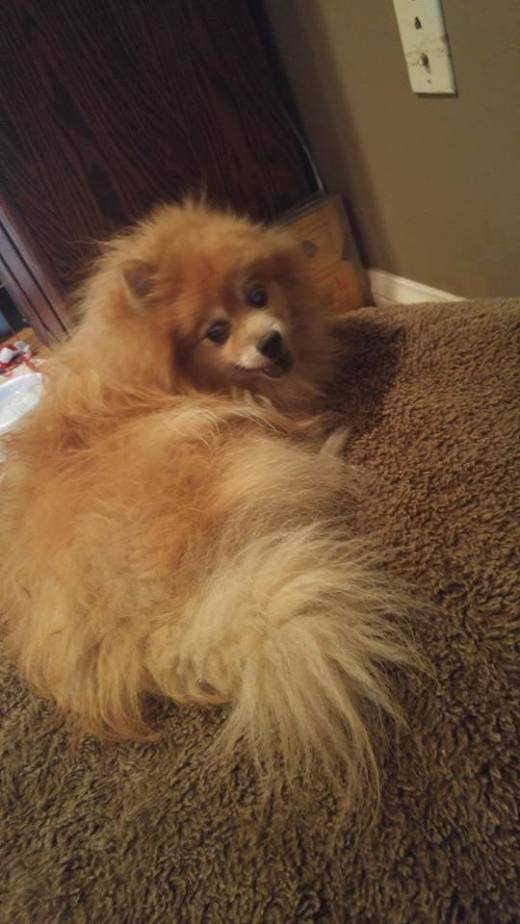 Matty in his new home 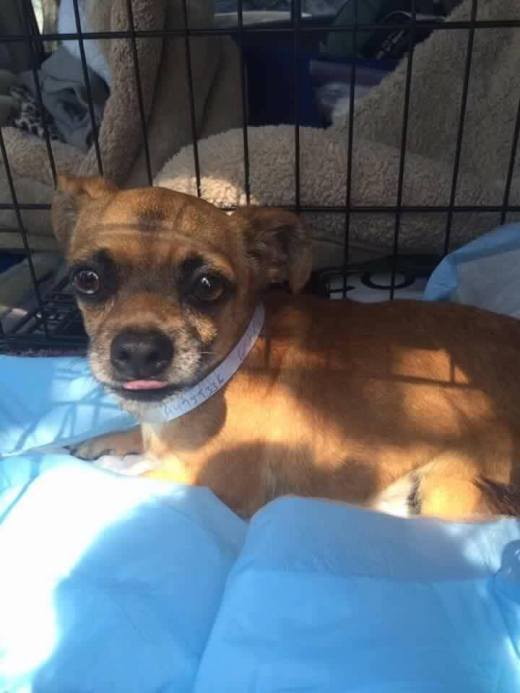 Link for all the reviews on Amazon for The Seven Year Dress:
https://www.amazon.com/Seven-Year-Dress-Paulette-Mahurin-ebook/product-reviews/B01FEAX7AU/ref=cm_cr_dp_see_all_btm?ie=UTF8&showViewpoints=1&sortBy=recent
FOR REVIEWS AND ALL MY BOOKS ON AMAZON:
http://www.amazon.com/Paulette-Mahurin/e/B008MMDUGO/ref=sr_ntt_srch_lnk_1?qid=1465425222&sr=8-1

The year 1895 was filled with memorable historical events: the Dreyfus Affair divided France; Booker T. Washington gave his Atlanta address; Richard Olney, United States Secretary of State, expanded the effects of the Monroe Doctrine in settling a boundary dispute between the United Kingdom and Venezuela; and Oscar Wilde was tried and convicted for "gross indecency" under Britian's recently passed law that made sex between males a criminal offense. When the news of Wilde's conviction went out over telegraphs worldwide, it threw a small Nevada town into chaos. This is the story of what happened when the lives of its citizens were impacted by the news of Oscar Wildes' imprisonment. It is chronicle of hatred and prejudice with all its unintended and devastating consequences, and how love and friendship bring strength and healing. Paulette Mahurin, the author, is a Nurse Practitioner who lives in Ojai, California with her husband Terry and their two dogs--- Max and Bella. She practices women's health in a rural clinic and writes in her spare time. All profits from her book are going to animal rescue, Santa Paula Animal Shelter, the first and only no-kill shelter in Ventura County, CA, where she lives. (see links below on Ventura County Star Article & Shelter) To find out more please go the The Persecution of Mildred Dunlap on facebook or Amazon or e-mail us at the gavatar addresses. Thank you. (photos: of Paulette, her family, and a reading at The Ojai Art Center, July 2012)
View all posts by The Persecution of Mildred Dunlap →
This entry was posted in REVIEWS, THE SEVEN YEAR DRESS. Bookmark the permalink.