Posted on August 30, 2017 by The Persecution of Mildred Dunlap

I’m deeply grateful to everyone who has purchased, read, and taken the time to review one of my books. All profits from my books go to help get dogs like Leona, Heidi, Cookie, Molly, Pokeman, Chip, Rosco, Carlos, Daisy, Genie, Brett,  Mocha, Samantha, Emmett, Triumph, Sarge, Bucket, Jasmine, Tabitha, Gwendolyn, Ginger, Lizzie, Dixie, Olympia, Fletch, Eliza, Austin & Bambi (see photos below) out of kill shelters. So far in 2017 we’ve helped free 683 dogs. In 2016, 250 dogs were freed. In 2015, 148 dogs were freed.

http://www.amazon.com/Paulette-Mahurin/e/B008MMDUGO/ref=sr_ntt_srch_lnk_1?qid=1467744666&sr=8-1
AMAZON U.K.
https://www.amazon.co.uk/s/ref=cm_cr_arp_d_pdt_bl_sr?ie=UTF8&field-keywords=Paulette+Mahurin
And on all other Amazon sites around the world.
AMAZON RANKING
My books continue to be ranked in the top 100 best sellers on Amazon U.S. in their categories (historical fiction, teen and young adult, and literary fiction).  What an honor to be ranked #87  LITERARY FICTION BEST SELLER next to Paulo Coelho; incredible author of The Alchemist and The Pilgrimage. 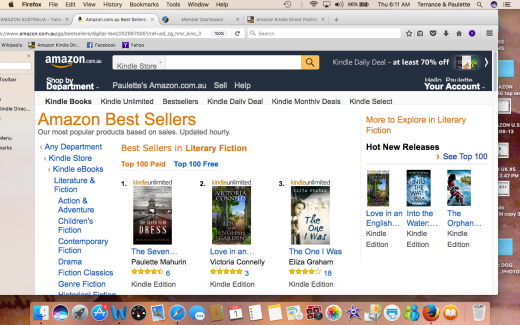 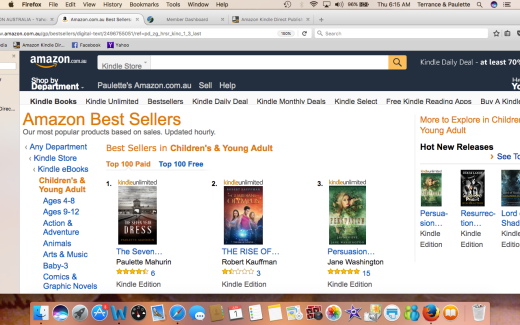 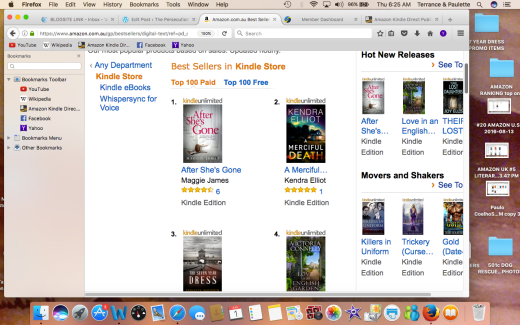 And in Amazon U.K. it just made it to the top 10 best seller list in Literary Fiction (#2) and Historical Fiction (#5) categories:

I have always been fascinated with the history of the World Wars. This book had me gripped all the way through, providing a perfect story that put me right there in the terrors of Nazi Germany.

Powerful and heartbreaking read. Through years of hiding and surviving prison camps her spirit was never claimed strength beyond what anyone could perceive, and shared so history could not repeat itself

RECENT REVIEWS FOR THE PERSECUTION OF MILDRED DUNLAP
4.0 out of 5 starsUnexpected
ByDonnaon August 21, 2017
Format: Kindle Edition|Verified Purchase
This book has a lot of history in it. I found it interesting and read it straight through.
DOGS RESCUED FROM KILL SHELTERS

Leona has been rescued

Heidi has been rescued 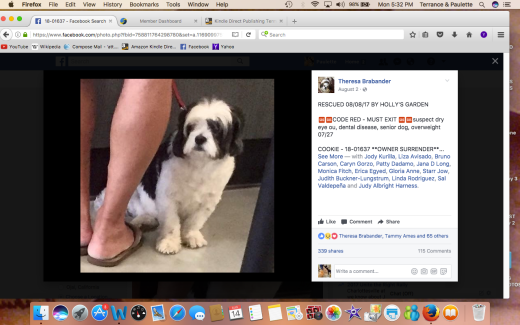 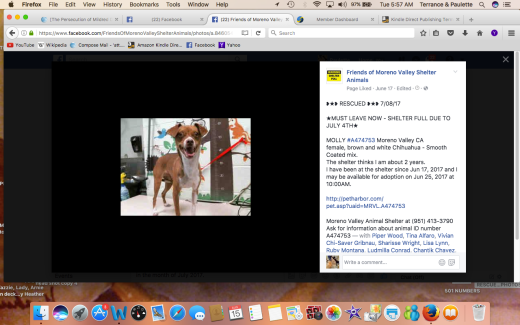 Molly has been rescued 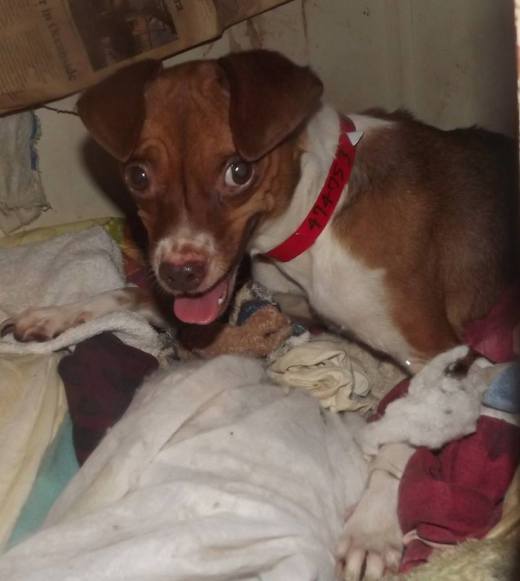 Pokeman has been rescued 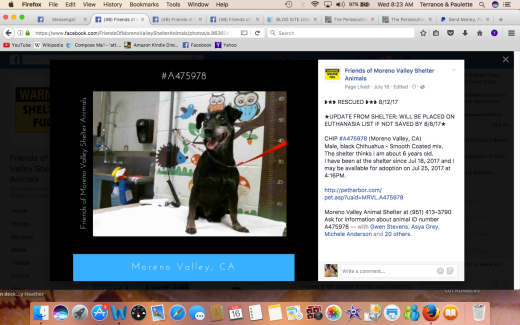 Chip has been rescued

Carlos has been rescued 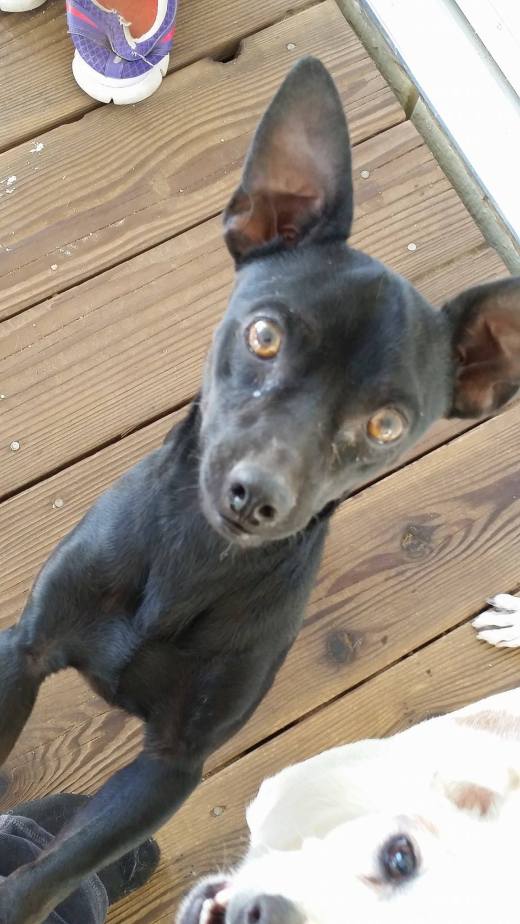 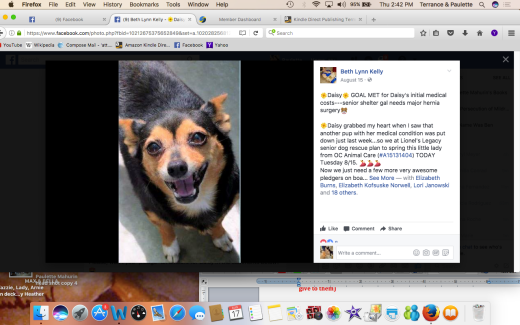 Daisy has been rescued 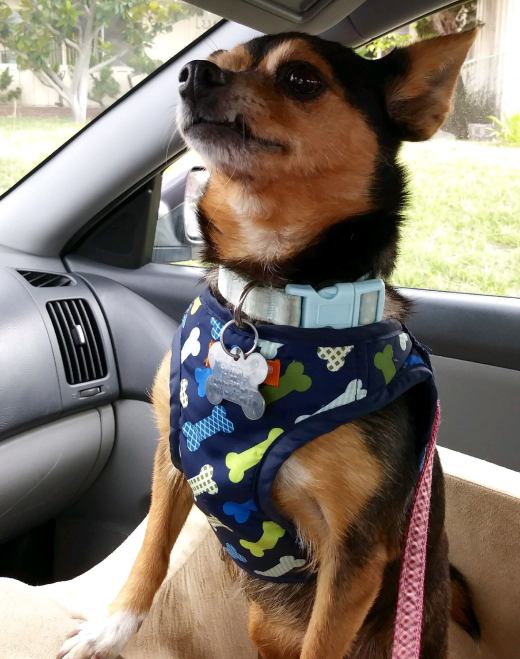 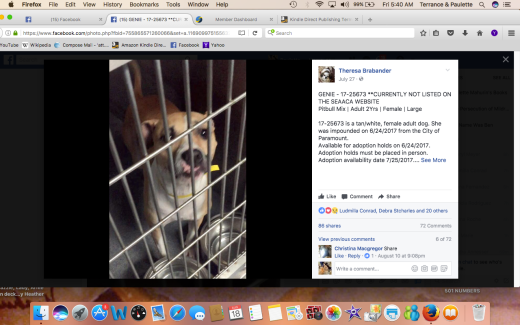 Genie has been rescued

Brett has been rescued 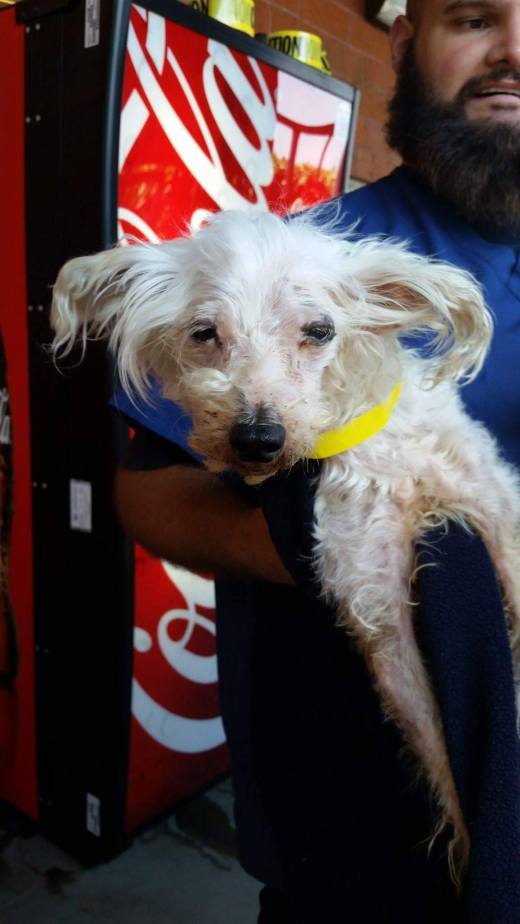 Samantha has been rescued 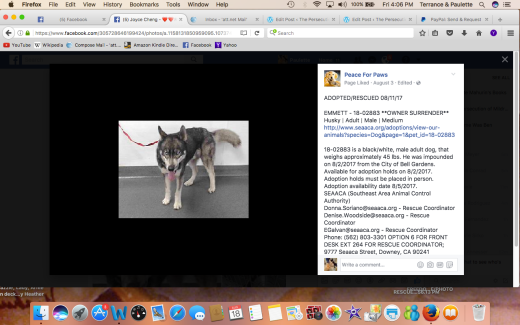 Emmett has been rescued 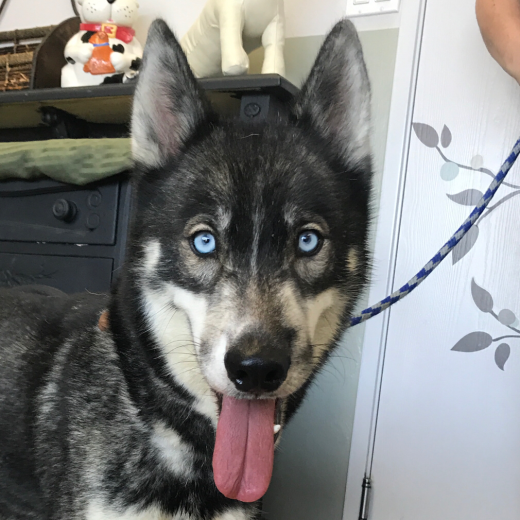 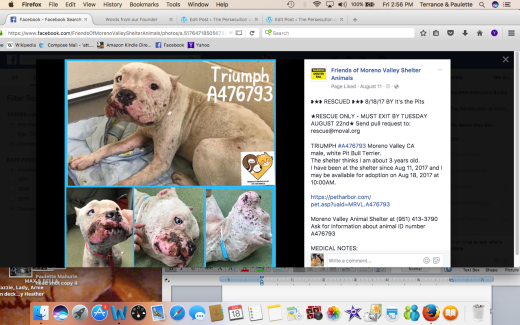 Triumph has been rescued 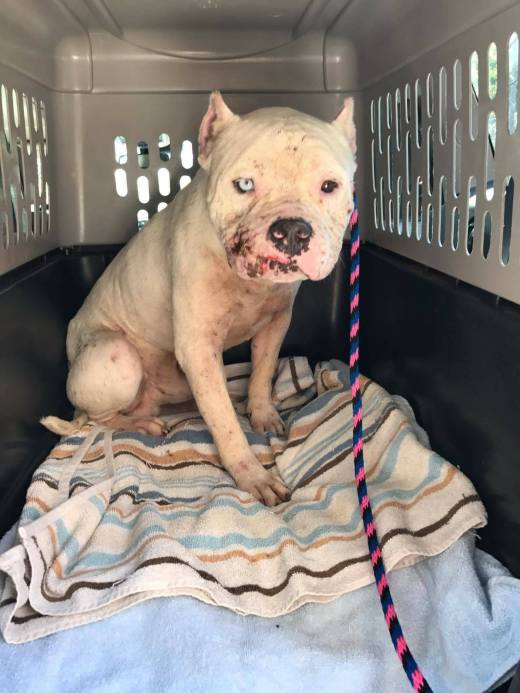 Sarge has been rescued 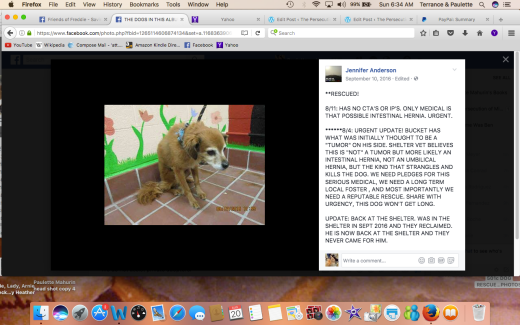 Bucket has been rescued

Bucket’s freedom photo. Compared to the shelter photo this is one happy dog! 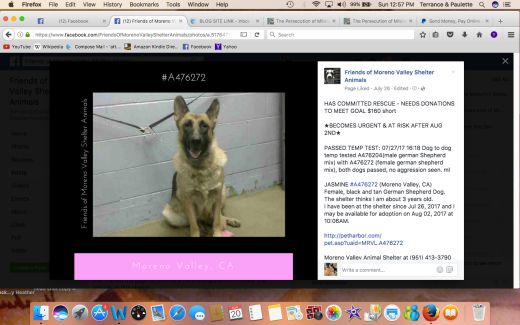 Jasmine has been rescued 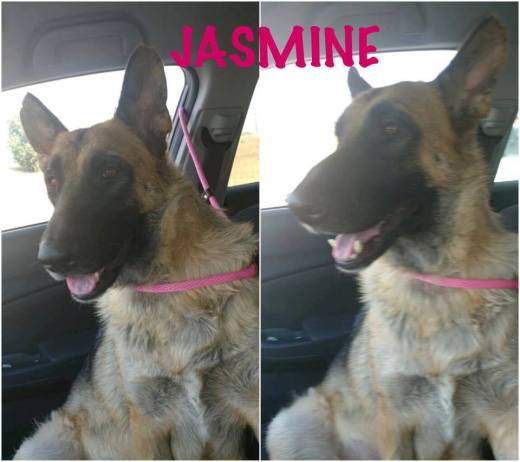 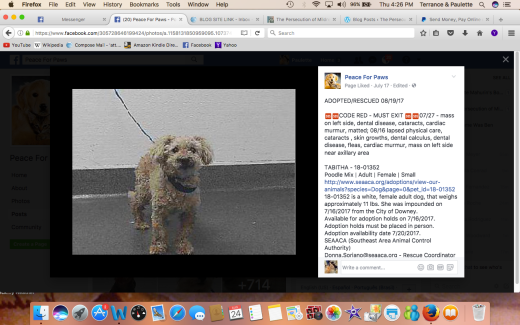 Tabitha has been rescued

Gwendolyn has been rescued. 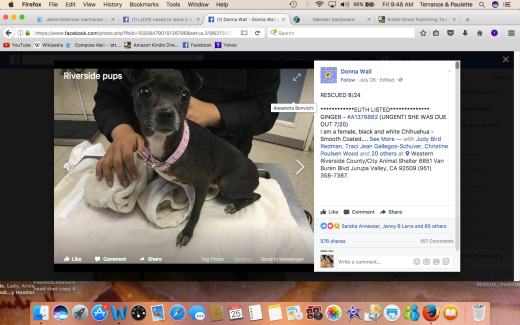 Ginger has been rescued

Lizzie has been rescued

Dixie has been rescued 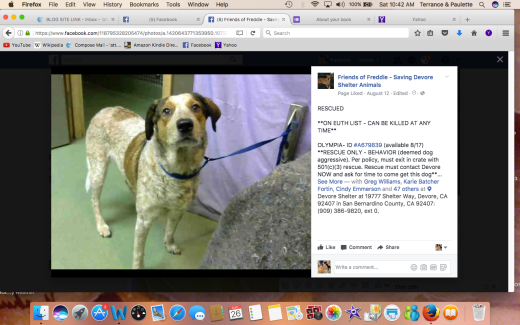 Olympia has been rescued 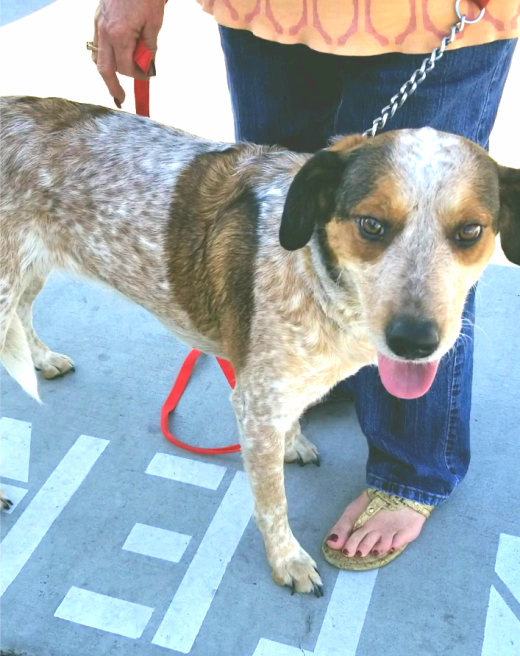 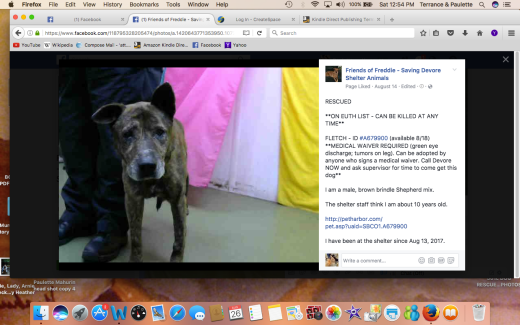 Fletch has been rescued

Eliza has been rescued

Austin (named by the rescue) came in with a fractured femur. He has been rescued. 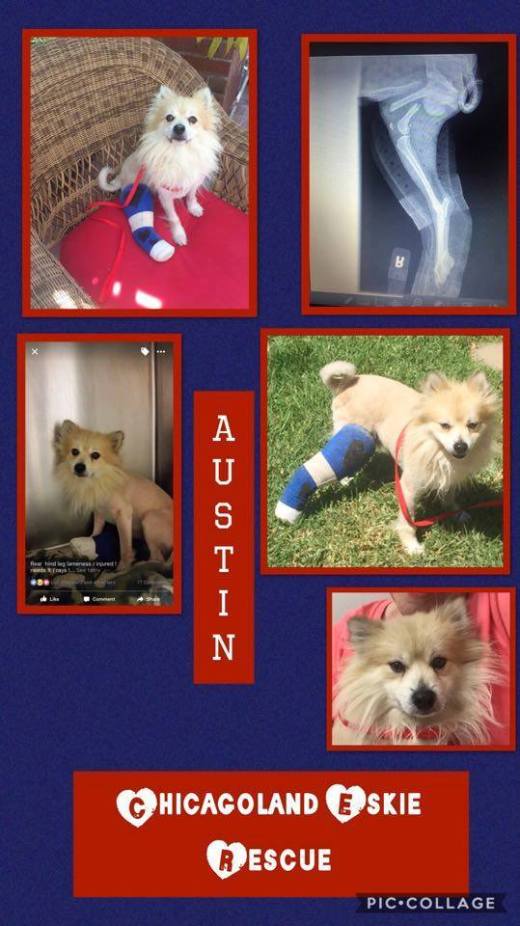 Bambi has been rescued

The year 1895 was filled with memorable historical events: the Dreyfus Affair divided France; Booker T. Washington gave his Atlanta address; Richard Olney, United States Secretary of State, expanded the effects of the Monroe Doctrine in settling a boundary dispute between the United Kingdom and Venezuela; and Oscar Wilde was tried and convicted for "gross indecency" under Britian's recently passed law that made sex between males a criminal offense. When the news of Wilde's conviction went out over telegraphs worldwide, it threw a small Nevada town into chaos. This is the story of what happened when the lives of its citizens were impacted by the news of Oscar Wildes' imprisonment. It is chronicle of hatred and prejudice with all its unintended and devastating consequences, and how love and friendship bring strength and healing. Paulette Mahurin, the author, is a Nurse Practitioner who lives in Ojai, California with her husband Terry and their two dogs--- Max and Bella. She practices women's health in a rural clinic and writes in her spare time. All profits from her book are going to animal rescue, Santa Paula Animal Shelter, the first and only no-kill shelter in Ventura County, CA, where she lives. (see links below on Ventura County Star Article & Shelter) To find out more please go the The Persecution of Mildred Dunlap on facebook or Amazon or e-mail us at the gavatar addresses. Thank you. (photos: of Paulette, her family, and a reading at The Ojai Art Center, July 2012)
View all posts by The Persecution of Mildred Dunlap →
This entry was posted in ABOUT THE BOOK, ACTS OF KINDNESS, AMAZON, AMAZON RANKING, ANIMAL RESCUE, DOGS RESCUED, HIS NAME WAS BEN, INTOLERANCE, REVIEW: TO LIVE OUT LOUD, REVIEWS, REVIEWS FOR HIS NAME WAS BEN, REVIEWS: HIS NAME WAS BEN, REVIEWS: THE PERSECUTION OF MILDRED DUNLAP, THE SEVEN YEAR DRESS, TO LIVE OUT LOUD, TOLERANCE, WHERE TO BUY. Bookmark the permalink.